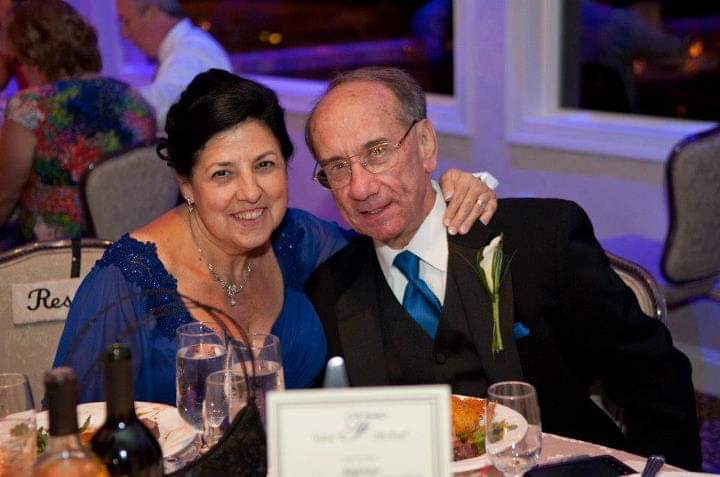 Few people associated with Saint John Vianney High School have echoed and emulated the mission of the school as Colonel Samuel Fuoco. Sam was an integral part of our school community for nearly three decades. Two of his children, Davide (98) and Angela (02) are graduates and two of his grandchildren are graduates of SJVHS. A number of his family members have been employed in various positions at SJV over the past 29 years.Saint John Vianney High School was a family tradition for Colonel Fuoco.

For nearly thirty years, Sam had an impact on the SJV community. Sam had a major part in the successful growth of the SJV chapter of the Catholic Athletes for Christ organization. He was the liaison between the school and the Menlo Park Veterans Memorial Home, a nursing home for retired veterans. Hundreds of SJV students participated in trips to the nursing home with Sam to serve the people who had served our country. Sam proudly shared the service experience with our students and educated our students about military history.

Sam, known as “The Colonel” to students and faculty at SJVHS, was also an integral part of the growth of the school’s Military Support Club. Sam arranged service projects with the club and invited veterans to come and speak with our students over the years.Sam worked with the school’s National Honor Society and ran several collections each year to support US troops overseas. Sam also coordinated, several times a year, recognition for veterans at many of our sporting events.Sam’s focus was to teach the students about serving others as he had spent a long and celebrated career in the military serving our country.

Sam loved the SJV athletic programs. Proudly sporting SJV gear, he could often be seen at games supporting the students and the coaches. He was an honorary member of the girls’ lacrosse team, spending many years as the announcer and clock keeper for the team.He cheered the loudest for his daughter, the coach of the team, Coach T.

Colonel Fuoco began his military career as an Airborne Infantry Platoon Leader in the 82nd Airborne Division at Fort Bragg, NC. He served a year-long combat tour as part of Operation Iraqi Freedom during which he was awarded a Bronze Star along with numerous other medals and recognitions throughout his military career ultimately retiring in 2011. After a distinguished career in the United States Army, Colonel Fuoco never stopped serving the Army with his volunteer efforts supporting our active duty military, veterans, and their families. After retirement, Colonel Fuoco was the President of the Association of the United States Army (AUSA) Monmouth Chapter. The Chapter’s mission is, “Be a Voice for the Army and Support for the Soldier”. Under Colonel Fuoco’s leadership, the Monmouth Chapter has been selected the best chapter among hundreds of chapters across the country for the last three years, a first in the over 35-year history of the organization.

Colonel Fuoco was an honorable soldier, leader, and a loving father and grandfather, who left a lasting positive impact on all who knew him. His family has established a scholarship fund in his name to be awarded each year to a deserving student, in need of assistance, who would not otherwise be able to attend Saint John Vianney High School. The family wishes to give future SJVHS students an opportunity to follow in their father’s footsteps of living the motto of Saint John Vianney High School.